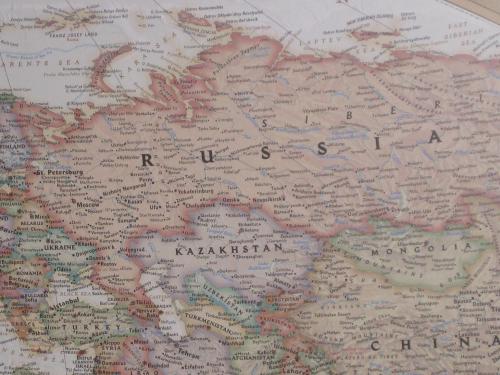 Photo quality is directly proportional to amount of coffee consumed.

A lot’s going on in Russia these days, as I’ve mentioned recently. The biggest change, at least in my mind, is the birth of the so-called Russian Winter, Moscow’s answer to the Arab Spring. Protesters are gathering in unprecedented numbers – tens of thousands – to make their voices heard.

They have a lot to protest: an election that many observers say was rigged, shady dealings with North Korea, and a tendency for journalists who criticize the regime to turn up “mysteriously” murdered.

My interest in all this, however, is not just academic.

I am planning a trip to Russia later this year.

Russia is an exciting destination for many reasons. It’s a unique nation with a unique place in history: a European power that sits mostly in Asia, site of the most massive and radical social experiment of all time. A democracy born in the ruins of an empire. Homeland of Tchaikovsky, Dostoevsky, and Ivan the Terrible.

I’m looking to spend a week in Moscow, then a week in St. Petersburg. I’ll see all the usual tourist destinations: the Kremlin, the Red Square, Arbat Street, the Hermitage Museum. (Cool photo of Arbat Street here.)

But I’d like to do more than just the Tourist Top Ten. I’d like a little adventure – not too much, you understand, but a little. I’d like to see the real Russia, or at least as much of it as I can get in two weeks.

That’s where you come in.

I know I’ve got a wildly diverse group of readers here. Has anyone ever been to Russia? Any suggestions on places I should visit? Tips for traveling? Dire warnings?