What is a Table?

Many artificial intelligence researchers like the idea of an AI based on precise data and clean logic. They want to give their AI a massive database of facts, then come up with a system of rules to let it draw conclusions from those facts.

Lions are mammals. Australia is the smallest continent. Andrew Jackson was the seventh President of the United States. A table is a type of furniture. All very neat, very orderly.

Super. But here’s a question: what’s a table?

No, I’m serious. What is a table? Can you give me a precise definition?

Let’s try. “A table is something with four legs that you put things on top of.”

Except, as John Scalzi has so effectively demonstrated, it’s possible to put bacon on a cat. The cat is not a table.

Okay, maybe the dictionary can help. According to dictionary.com, a table is “an article of furniture consisting of a flat, slablike top supported on one or more legs or other supports.” 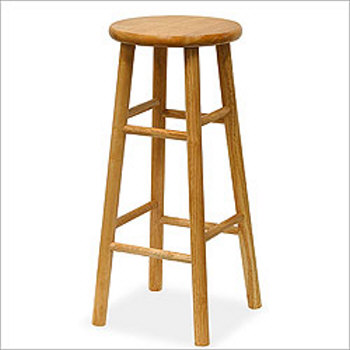 No, that’s not right either. We should clarify a little more. “A table is an article of furniture consisting of a flat, slablike top supported on one or more legs or other supports, which supports nonhuman objects.”

I see. So if I buy a table and don’t put anything on it, then it’s not a table? I think we can agree that nobody looks at an empty table and says, “Hmm, I wonder what I should call that.”

People might even disagree on whether a particular object is a table, if it’s sufficiently weird-looking. Who’s right? How does that fit into our formal definition?

To complicate things even further, we can talk about a table of contents. Well, you say, that’s a totally different type of thing, we’d need a separate definition for that. Okay, then, what about the Periodic Table of Elements? Is that a totally different type of thing from the table of contents? Is it exactly the same? Maybe it’s kinda-sorta the same…so how do we formalize that?

We want to build a whole worldview based on facts, and we don’t even know what a table is.

The simple truth is that words don’t have precise definitions. They’re fuzzy. We look at something, and we just know if it’s a table, without consulting any formal definition. Our minds work with ostensive definition, which is “definition by pointing.” (What is a table? Well, it’s that.) How we’re actually able to do this is a very good question, one that I don’t have time to explore right now. But we do.

Here’s the point. Despite the best efforts of science and language, the world is not a neat, well-ordered place. It cannot be corralled into a neat, well-ordered box. Any AI worth the name will have to deal with fuzzy, imprecise, illogical concepts. There’s just no way around it.

In fact, this is a major ongoing debate in the AI community: the Neats vs. the Scruffies, the precise logical solution vs. the fuzzy uncertain solution. To me, it’s no contest. I fall 100% in the Scruffies camp. Honestly, it seems so clear that I don’t even know how it’s a question.

What do you think? You don’t have to be a computer scientist to weigh in. I’m just curious about your opinion.