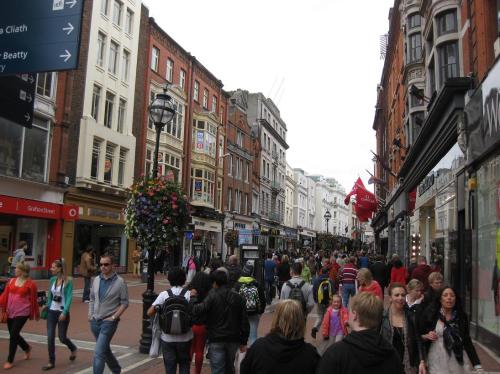 Dublin. The Temple Bar area, near our hotel, is where all the tourists go at night. Lots of music, lots of people, lots of signs proclaiming “authentic” Irish food, beer, etc. 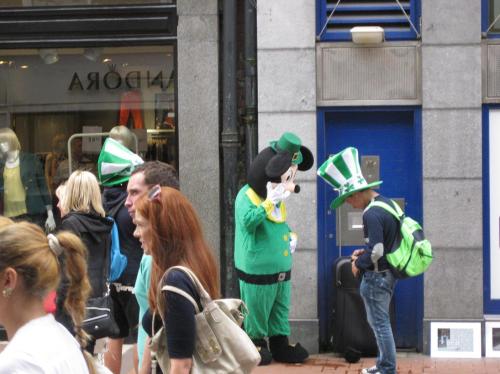 Dublin. Grafton Street, a major shopping area. Some of that “authentic” Irishness on display.

Dublin. A Celtic cross in a graveyard. I believe this was near St. Patrick’s Cathedral. 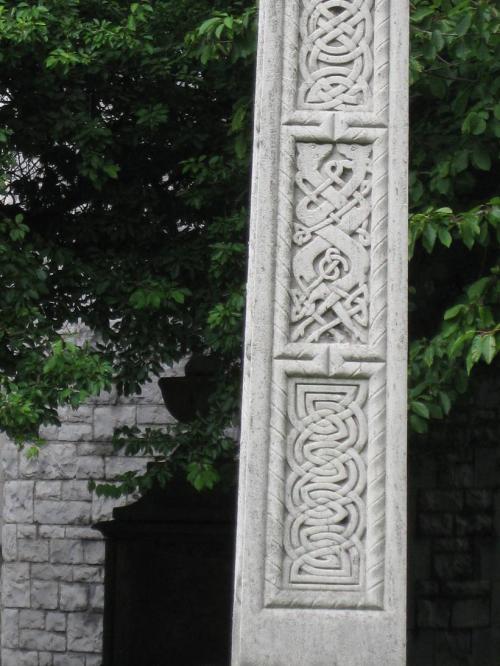 A closeup of the knots on the cross above.

Sand sculpture in the courtyard of Dublin Castle. Part of a series of five sculptures, one for each of the five senses. This is “sight.”

Who knew the Vikings of Dublin were so friendly?

My wife, Betsy, classing up the Liffey River, which flows through the heart of the capital.

Viking tours. What better way to experience Dublin than to put on a horn hat and maraud around in a banana-colored boat? We saw these on the streets with surprising regularity.

Who says Dublin is all Celtic knots and Yeats poetry? How ’bout a game of Space Invaders ON YOUR BODY? 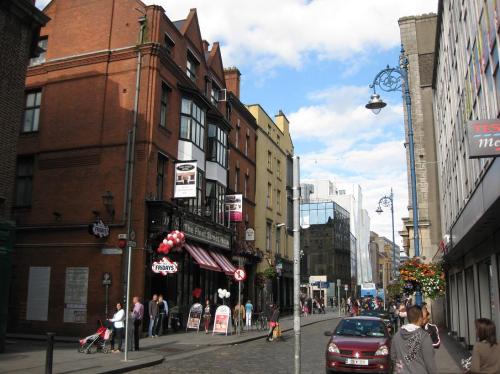 Dublin, near our hotel.

The Dublin Spire, one of the city’s major landmarks: a giant metal spike stabbing the sky. This is apparently from the “Bowser’s Castle” school of architecture.

The Spire up close. 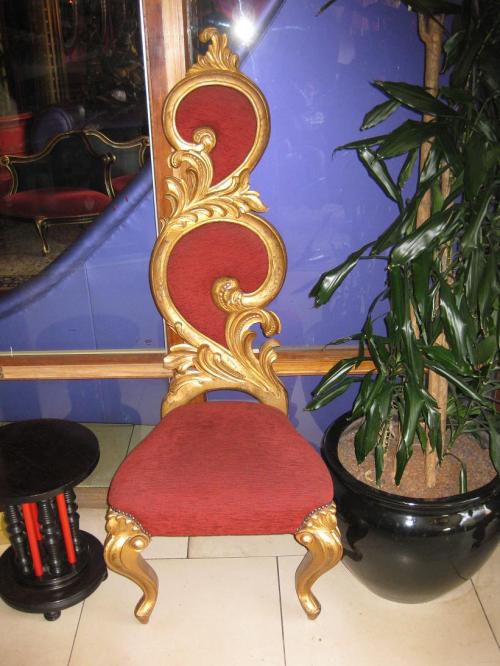 The chairs in our hotel were really trippy. 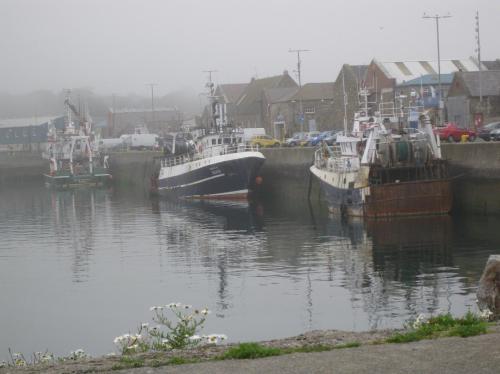 This is Howth, a coastal town not far from Dublin. Lots of fishing. Lots of fog.

Hiking through the more mountainous areas of Howth. Though you can’t see it in this photo, we’re still right next to the ocean.

The real reason people visit Dublin: the Guinness Storehouse. It’s a giant museum, a kind of shrine to the brewer, right next to the brewery itself. 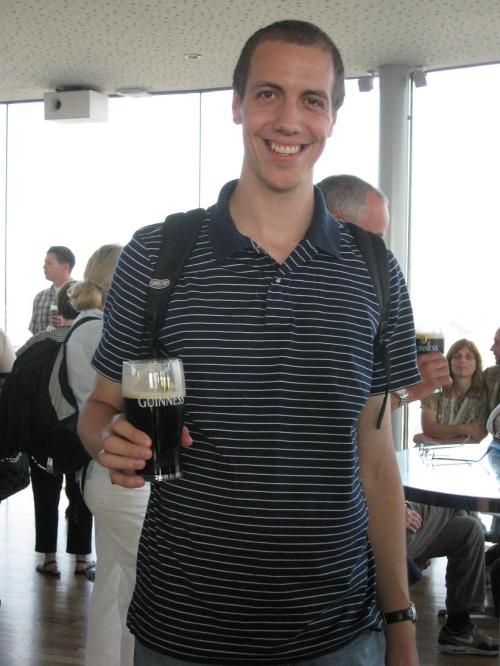 This is *the* place to have a pint of Guinness: in the Gravity Bar at the top of the Guinness Storehouse, with a panoramic view of Dublin. Pretty crowded, though.

The Ha’penny Bridge, Dublin. No, I don’t know why it’s called that. Maybe that was their construction budget?

The town of Kilkenny, a two-hour train ride from the capital. This is a statue, looking all statuesque beside Kilkenny Castle. 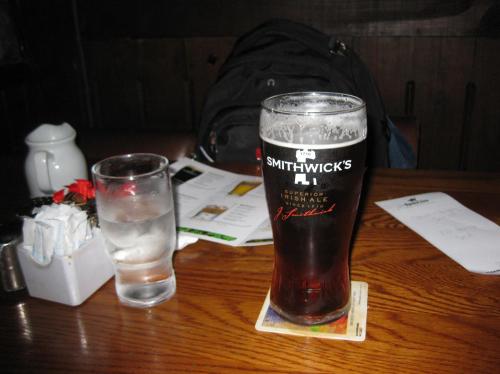 Still in Kilkenny. What better place for a Smithwick’s than the town that brews them? 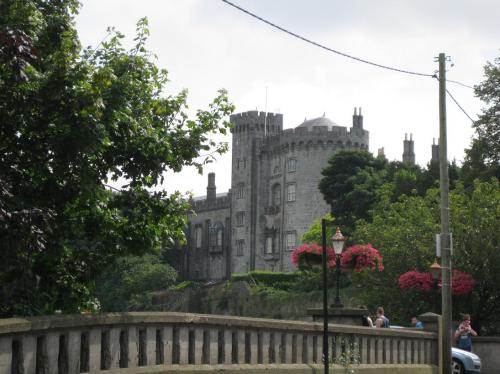 Another shot of Kilkenny Castle.

Woody makes a surprise appearance in some Dublin graffiti. “Street art” like this was everywhere.

Buckley’s Golden Ale! Hm…I seem to take a lot of pictures of beer.