Who Knows How to Make a Mouse? 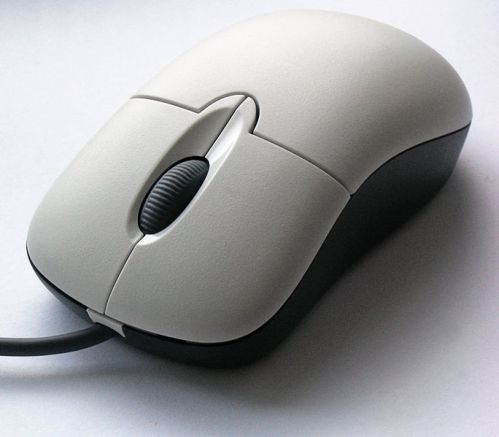 Who knows how to make a computer mouse?

Looking at my own mouse, I see a DELL logo stamped on it. So someone at Dell ought to know how to make a computer mouse. But who?

The CEO runs the whole company. He’s in charge of everything they do. But he doesn’t know how to make a mouse. He lives in a world of economic forecasts and strategic initiatives. The details of mousemaking are not his job.

Presumably there’s some lower-level manager responsible for the particular model of mouse that I have. He knows more about it than the CEO. But still, his job isn’t to build mice, it’s to ensure they get built. He doesn’t know either.

What about the guys in the factory, assembling the components? Assuming they even work directly for Dell (which seems unlikely), they still don’t know how to build a mouse. Each person on the assembly line follows instructions on their own specific task. None of them working alone could assemble all the components.

So let’s talk to the engineer who designed the thing. Except that no single engineer sat down and dreamed up the whole product; there was almost certainly a team, each with their own specialty: a circuits guy, a plastics guy, an ergonomics expert, etc. The circuits guy – or, I should say, guys – doesn’t know how to build a plastic case for the user’s hand.

But let’s imagine an extraordinarily talented man who started on the factory floor, worked his way through an engineering degree, moved up through the ranks to design the very thing he was building before, and knows the roles of everyone on his team so well that he could do all their jobs himself. Surely this brilliant person knows how to make a mouse.

He may understand circuits – but does he know every detail of how to build a diode from raw materials? He may understand plastics – but could he single-handedly synthesize a plastic from its constituent chemicals? Does he understand how to mine silicon out of the ground?

Nobody in the world – not one single human being anywhere – knows how to make a mouse. It’s orders of magnitude too complex for a solitary mind. Like a thousand other everyday objects, it is a staggering achievement of modern society, the product of a thousand thousand simple ideas working together.

Who wrote this blog post? I typed the words, but the concept – that no single person understands the computer mouse – came from a TED talk by Matt Ridley. And Mr. Ridley, in turn, borrowed the idea from the 1958 essay “I, Pencil” by Leonard Read, which states quite correctly that no one on earth even knows how to make a pencil.

To quote from the original essay:

Except that Mr. Read didn’t invent that line, either. He himself was quoting G. K. Chesterton.

Ideas are built on other ideas, stacked and nested hundreds and thousands of layers deep. The future belongs to those who stack and nest and re-combine this world of ideas in creative new ways. You don’t have to understand silicon mining to make a mouse. You don’t have to study electrical engineering to build an AI.

Like Isaac Newton, you’re already standing on the shoulders of giants. It’s quite a view up there.

How far can you see?

4 responses to “Who Knows How to Make a Mouse?”