The word appears only once in the Bible, in Revelation 16:16.

Then they gathered the kings together to the place that in Hebrew is called Armageddon.

For a one-hit wonder, though, Armageddon’s got quite a reputation. It’s become a byword for the Apocalypse, the cataclysmic fight that will end life as we know it and usher in the Kingdom of God. I think if you ask most people what Armageddon is, that’s the answer you’ll get: it’s a battle.

But take another look at the quote. The place called Armageddon. Technically, it’s not a battle, but the location where the battle will happen.

What’s more, this isn’t somewhere nebulous like the Garden of Eden or the Land of Nod. Armageddon (a.k.a. Tel Megiddo, the hill near the city of Meggido) is a real place you can put in your GPS and drive to. It’s located at 32.585191° N,  35.184460° E, in Israel, about half an hour’s drive from Nazareth. You can see it on Google Maps right here. 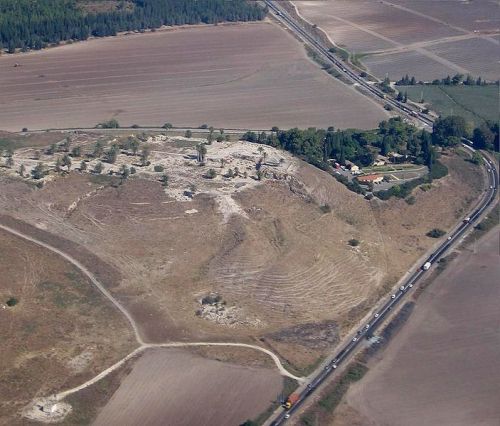 On the hill are the ruins of an ancient city where many battles were fought. You can see how it might’ve acquired a reputation. Read all about it.

How crazy is it that a word can become so important, it loses its original meaning entirely?

How crazy is it that Armageddon is a spot on a map?