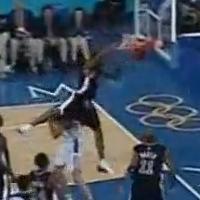 In the 2000 summer Olympics, NBA player Vince Carter dunked over another player. The French dubbed it le dunk de la mort, the Dunk of Death. Watch the video.

This Onion article is called “Lot Of Bold Talk About Making Broth Going Around Apartment.” That is all. 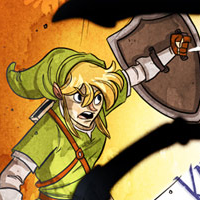 So it turns out Penny Arcade did an official five-page comic for Zelda: Skyward Sword. I’m about a year late to this party, but that doesn’t make it any less epic.

The Ohio State marching band does Pac-Man…and Halo, and Tetris, and Mario, and the running horse from Zelda. Ten minutes of jaw-dropping nerdistry.

Can a creature without a brain have memories? Ars Technica says yes. 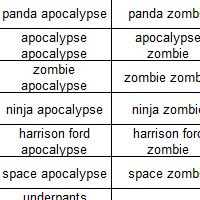 An Imgurian tests the theory that combining any two kickass items produces something more than twice as kickass. The grid is so big, you’ll have to open it in a new tab to read it.

That’s all (s)he wrote. See you next week!