Yesterday I bemoaned the lack of science kits at big stores like Walmart and Meijer. So last night I stopped by Hobby Lobby, bought a chemistry set, and got to work.

What kind of science went down, you ask? Let’s set the stage with a few simple facts:

…you can probably see where this is going. 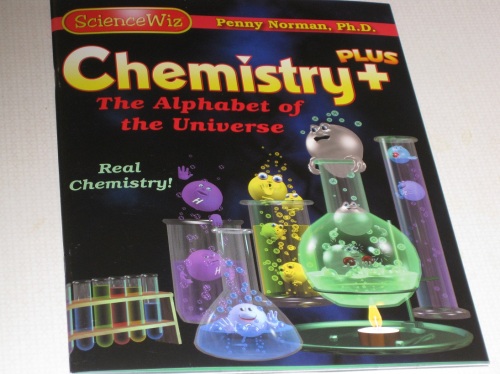 As you can see, this is a high-class operation. Following the kit’s instructions carefully, I prepared my materials. 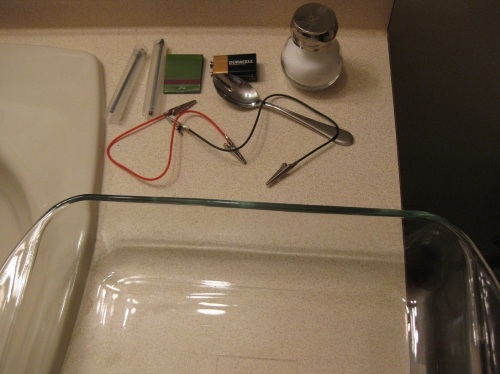 Most of this is common household stuff: casserole dish, spoon, table salt, 9-volt battery, and matches. The only specialized stuff (from the kit) is the wires and the tubes with graphite rods. The wires are just ordinary wires with alligator clips. The tubes are basically plastic test tubes (closed on one end, open on the other) with a graphite rod going through the middle. Graphite pencil lead will work too.

Now add a tablespoon of salt: 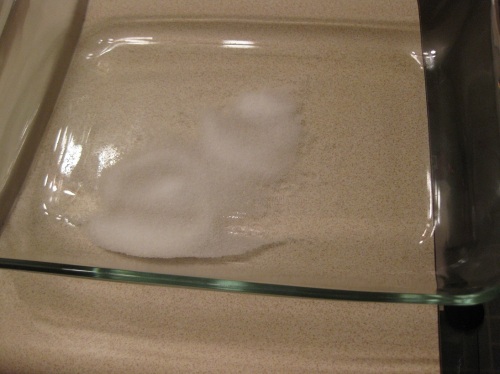 Fill the pan with water, and stir to dissolve the salt.

The purpose of the salt is to make the water conduct electricity. Despite what you may have heard, pure water is not a very good conductor.

Now we fill the tubes completely with water, making sure all the air is out. These tubes are closed on top and open on the bottom. I’ve clamped a wire to the top of each graphite rod. The tubes aren’t necessary for electrolysis, they’re just there to collect the pure hydrogen and oxygen. We’re using graphite because it conducts electricity and (unlike iron) doesn’t oxidize in water. 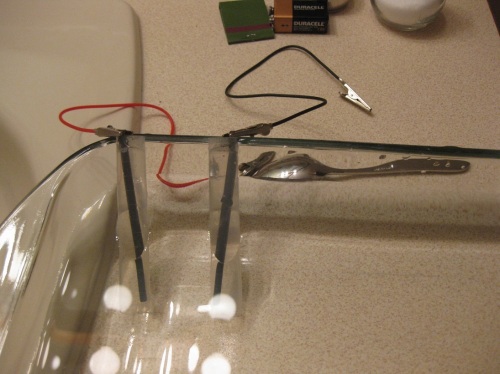 We’ll hook up our 9-volt battery… 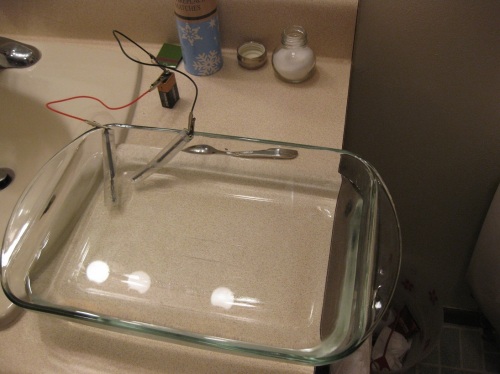 And voila! Electrolysis has started, simple as that.

The oxygen is collecting in the left tube, the hydrogen in the right. Pure hydrogen is completely clear. You can tell it’s working because bubbles form around the rods, and because the water level in the tubes goes down as they fill up with gas. 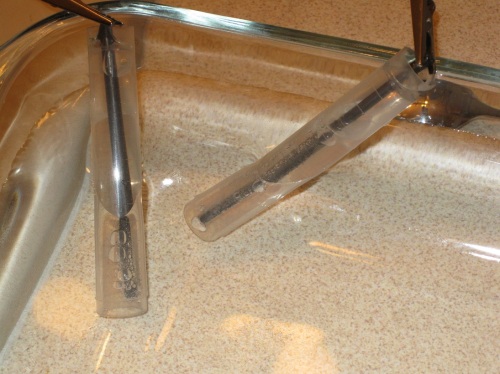 It may be hard to see – you can click the image for a better view. The tube on the left has only a small volume of oxygen at the top, and big slow bubbles of oxygen form at the bottom. The tube on the right fills up with hydrogen much faster, and it’s already a third full. The little hydrogen bubbles fizz quickly.

Once the tube is full of pure hydrogen, there’s only one thing to do: light it!

Science for the win!

5 responses to “Exploding Hydrogen at Home!”