Deep Mysteries of the Voynich Manuscript 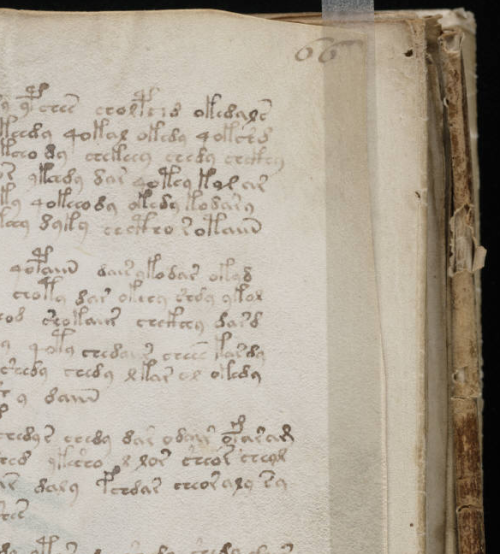 Can you read that text? I bet you can’t.

Don’t take it personally. Nobody can. The Voynich Manuscript is one of the world’s great unsolved mysteries.

Nobody knows who wrote it, or where. The date is estimated at early 15th century. The name “Voynich” comes from Wilfrid Voynich, a bookseller who bought it in 1912.

The manuscript is 240 pages of vellum, heavily illustrated with pictures of plants, astrological diagrams, and naked women. But the language, and even the script used to write it, are utterly unique. And a century of analysis has failed to extract any meaning from the text. 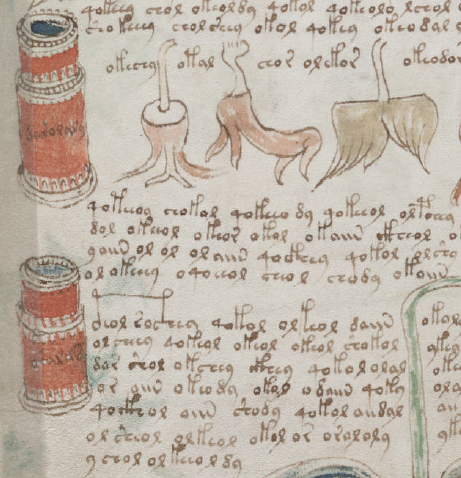 One obvious theory is that it has no meaning. It might simply be gibberish, a hoax of some kind, perhaps to be sold to some unsuspecting nobleman as a curiosity.

The problem with that theory is that the manuscript has a very complex structure, and exhibits subtle statistical properties that you wouldn’t expect to find in a book of nonsense. A recent scholarly analysis concludes, “…the accumulated evidence about organization at different levels, limits severely the scope of the hoax hypothesis and suggests the presence of a genuine linguistic structure.” 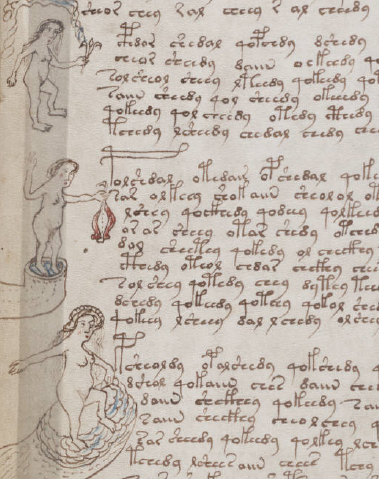 So who can unravel this puzzle?

As an AI developer and statistician-in-training, the Voynich Manuscript is immensely appealing to me. This is exactly the kind of thing someone should write a program to analyze.

Maybe I’ll give it a shot.

Or maybe you will. The full manuscript is right here, an enigma just waiting to be solved. Why not take a look?

8 responses to “Deep Mysteries of the Voynich Manuscript”