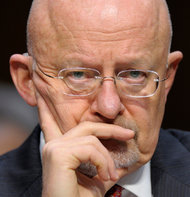 The New York Times reported yesterday on new revelations about the NSA’s ability to break your privacy. Encryption, one of the most basic privacy protections on the Internet, has been mostly gutted by a top secret agency program called Bullrun “using supercomputers, technical trickery, court orders and behind-the-scenes persuasion.”

“The agency has circumvented or cracked much of the encryption…that guards global commerce and banking systems, protects sensitive data like trade secrets and medical records, and automatically secures the e-mails, Web searches, Internet chats and phone calls of Americans and others around the world.”
-New York Times

What’s more, the NSA isn’t just cracking our security, it’s deliberately building failure points into it so that we can be exploited. The NSA “used its influence as the world’s most experienced code maker to covertly introduce weaknesses into the encryption standards followed by hardware and software developers around the world.”

We’re getting continually, deliberately, and systematically fucked on an ongoing basis; we’re paying for the privilege of getting fucked, as well as research into new, more effective means of fuckery; and when we find out, they say they’re going to keep fucking us for our own protection.

This entry was posted in Uncategorized and tagged Friday Links, NSA domestic spying. Bookmark the permalink.