Postmortem: The Myth of Sisyphus 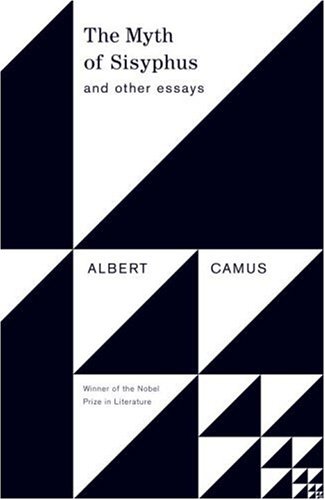 Sisyphus, for those who don’t remember, was the poor fellow in Greek mythology condemned to forever push a boulder up a mountain, only to have it roll back down to the bottom at the last moment.

Albert Camus’s 1942 work, The Myth of Sisyphus, is a long essay on philosophy. I read it this weekend. I can’t say I understood it all, but my personal summary matches pretty well with what I read on the Internet, so I suppose I got the gist.

The Myth of Sisyphus begins: “There is but one truly serious philosophical problem, and that is suicide.” The entire essay is, essentially, about whether or not it makes sense (from a philosophical standpoint) to go on living.

(Note for those concerned: I am not suicidal, I just like philosophy. No worries, mate.)

Camus says that the human condition consists of two elements. There is the human mind, which seeks meaning, order, and unity; and there is the universe, which (despite the heroic efforts of science) remains ultimately chaotic and meaningless. When these two meet, the mind recoils or revolts, giving rise to a condition he calls “the absurd.”

So far, I’m with him. I think this is basically how life is. Life isn’t necessarily horrible or evil, it’s just…there. And it doesn’t care what we think about it. Life is absolutely insane, if you ever stop to think about it. Camus is right on the money.

He then writes that the only solution to this absurdity is to embrace it. Not suicide, but constant revolt, is the answer. Living life on your own terms. Taking in the good, the bad, and the ridiculous all alike. Never giving up trying to understand, even though you never will. Hopelessness without despair.

Camus writes that we must imagine Sisyphus as happy, because he has embraced his own destiny, hopeless though it may be. He has his boulder and he knows his fate, and he gazes on it without flinching. This is the ideal, the so-called absurd hero (using the term “absurd” in a positive sense).

What do I think about all this?

As I said, there’s a lot that I don’t fully understand in this essay. I’ve presented it rather simply; however the text of his book is anything but, full of references to other philosophers and complex arguments.

If I understand correctly, though, the essence of the book is carpe diem, seize the day, which I’m fully on board with. I’m also on board with not suiciding. I’m less on board with a life sans hope, but I think I can see what he’s trying to say there too: it’s not about despair, it’s about grasping fully what is, rather than hoping for what is not. Another element of carpe diem.

Of course, Camus also assumes death is inevitable, while I haven’t yet ruled out the possibility of eternal life (without religion) in this world.

What do you think?

This entry was posted in Uncategorized and tagged Philosophy, Postmortem. Bookmark the permalink.

9 responses to “Postmortem: The Myth of Sisyphus”