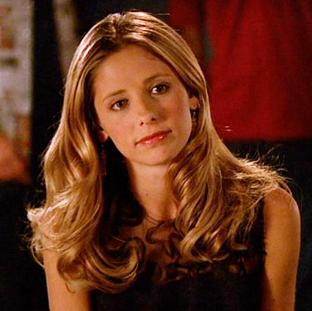 I had heard good things about Buffy. I knew it was created by Joss Whedon, the same guy who did Firefly and The Avengers, both of which I loved. And I noticed it was on Netflix. So I asked my wife – want to give it a whirl?

Sure, why not. Goofy title, strange premise, but we like weird stuff. Could be okay.

Then we blinked, and somehow, months had passed. We emerged dizzy and dazed from the living room. We had binge-watched all seven seasons. 144 episodes. Zero regrets.

Simply put, Buffy the Vampire Slayer is one of the greatest shows I’ve ever seen.

Saying that Buffy is about vampires and demons is like saying that Star Trek is about technology and aliens. It’s technically true, but it completely misses the point. The monsters in Buffy are lenses for exploring humanity. And explore it does.

How do I love this show? Let me count the ways:

Okay, you get the picture. Brian and Buffy, sitting in a tree, etc. So what are my criticisms?

If you want even more analysis, try Critically Touched, which has an in-depth critical review of every single episode and season. Excellent stuff.

This entry was posted in Uncategorized and tagged Buffy, Postmortem. Bookmark the permalink.