Apple CEO Tim Cook calls digital privacy “a fundamental human right.” I haven’t followed Apple closely enough to know if that’s a real commitment or just smoke and mirrors. But even if it’s the latter, it’s a good sentiment and a good thing to add to the public discussion, especially when other tech giants suggest from time to time that privacy is over, or doesn’t matter anymore.

A study finds that the benefits of talk therapy for depression have been overstated. Even more interesting (to me), the problem was not in any particular study, but in the larger system of scientific publication. Studies that find an effective treatment (i.e. talk therapy works) are more likely to get published than studies that don’t, leading to a systemic selection bias. As always, the filter matters. To quote Mr. Spock: fascinating.

Finally, a little snippet from Angel that pretty much sums  up my attempts at flirting in college: 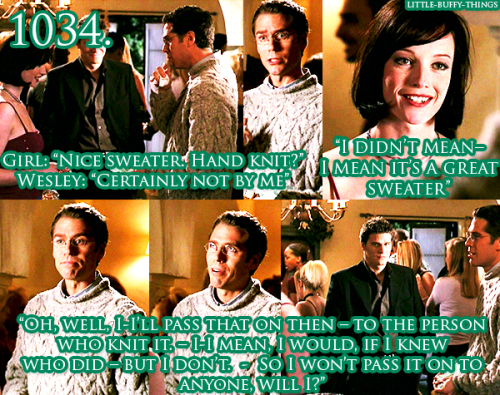 That is all. Have a frabjous weekend!