I dream of chyron

My dad was telling me recently that he had a dream about a strange word. (He knows his audience.) In the dream, the word seemed perfectly normal, but when he woke up, he realized it was unfamiliar, and wondered if his subconscious had invented it.

The word was chyron.

I was excited, because I actually knew that one! I said it was a real word, and it means the headline banner they show at the bottom of news shows: 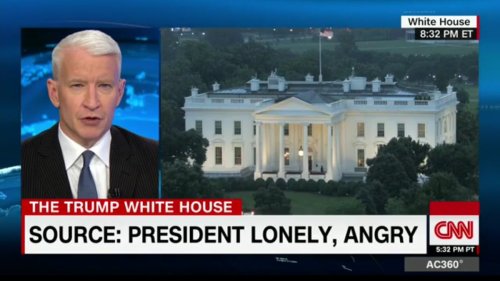 Afterward I looked it up to confirm, and my memory was correct. I also learned how to say it: KYE-RON (it rhymes roughly with pylon).

This word was in the news (ha!) a year or two ago, part of the swirling clusterfudge that was the 2016 election. So maybe that’s where my dad’s subconscious picked it up.

What’s especially cool, though, is that in his dream, chyron had an entirely different definition: it was a feature on the surface of a cloud. I think that’s a much better meaning, and somehow appropriate to the aesthetic of the word.

So now I’m wondering — is there a word for the surface features of clouds? And if not, what would you call them, since chyron is already taken?

Personally, I’m thinking pufftures. But I could be swayed.

5 responses to “I dream of chyron”