Ian McKellan is marrying Patrick Stewart! …to a woman. Yes, the legendary Sir McKellan is presiding over the equally legendary Sir Stewart’s wedding to jazz singer Sunny Ozell. No word yet on whether he’ll appear as Ian the Grey or Ian the White, but early rumors indicate that Patrick will be showing up bald. 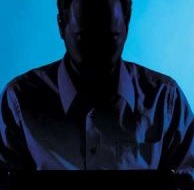 We all know that college students cheat, but you may not realize just how much time and money goes into it. This man writes student papers, for a few grand each, as a full-time job. See how deep the rabbit hole goes. My good friend Zeev sent me this article. He said it was fascinating, and he was right. 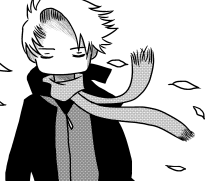 Profound inspiration for the aspiring artist.

Sometimes, you find something so ridiculous, you just don’t know what to say.

A Story of God and All of Us is a novel, based on “the epic ten-hour miniseries” The Bible. Which is based on, you know, the Bible.

So somebody read the Bible and said, “You know what this needs? A TV miniseries.” And then they watched their own miniseries and said, “If only somebody could put this in book form.”

The Amazon reviews are glorious. You know a book is bad when it gets five-star reviews ironically. One reviewer says: “The talent of someone like Mark Burnett is what the Bible needed. He has shown his skill time and time again with successes like The Apprentice, The Voice, Shark Tank and of course Survivor which, at the time of this writing, is in its 26th season.”

Says another: “I any case, I give this book two thumbs way, way up! If you’ve spent your entire life wondering if there is a God that you can put in a box, consume in small, easy-to-chew quantities and exploit in order to feel some arbitrary (albeit fleeting) sense of meaning and happiness, this is the book for you.”

For those budding artists not yet fully inspired by the links above, the Onion’s got you covered. Find The Thing You’re Most Passionate About, Then Do It On Nights And Weekends For The Rest Of Your Life. What more could you hope for?

Two Guys and Guy explores the complex logistics of giving a shit.

And finally, SMBC applies the principles of statistics where they’re most needed: children’s birthday parties.

That’s a wrap, Hypothetical Reader. Hope your weekend achieves such heights of self-actualization and neurological bliss as you had not suspected were possible. See you Monday!

4 responses to “Thursday Links! (Friday’s off)”