Restore The Fourth on July 4th 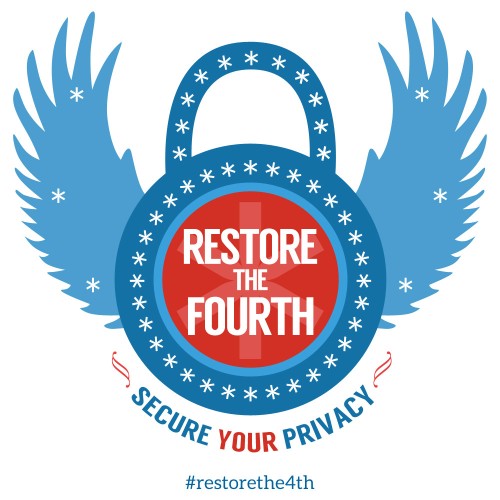 Today, I’ll be protesting the NSA’s illegal and dangerous domestic spying program. I’ll be fighting to protect our Fourth Amendment right to privacy.

My wife Betsy, and my good friend Ben Trube, will be joining me at the rally in Cleveland. It’s a four-hour round trip, and we’ll probably be standing in the rain. Not necessarily your idea of a fun holiday. So why are we doing it?

We’re doing this to protect the future of all Americans. If you own a cell phone, the NSA is tracking your calls: who you call, and when, and where. That’s not paranoia, that’s a fact. They’ve admitted it publicly. And they don’t think you should be worried.

I don’t want to live in a country that treats the Fourth Amendment like toilet paper. I don’t want the government taking notes every time I call my mom.

The U.S. is not a dictatorship. But we’re building the foundation for one. And this Independence Day, I’m demanding that it stop.

Fortunately, I’m not alone. Restore The Fourth is a nationwide grassroots organization that’s gained enormous momentum in the past few weeks. They organized the Cleveland protest and other rallies across the country.

I stand with them proudly, because they stand for all of us.

I’ll post photos and a full write-up of the event tomorrow. Happy Fourth.

This entry was posted in Uncategorized and tagged NSA domestic spying, Restore the Fourth. Bookmark the permalink.