Don’t be fooled by the duct tape on the dev kit. The Oculus Rift just might be the future of virtual reality. Sponsored by id’s John Carmack, and endorsed by everyone from Sony’s CEO to the lead designer of Minecraft, this unassuming black box grants a wider range of virtual vision than anything before, giving a total immersion experience.

A month ago, the Penny Arcade team went hands-on with the Oculus Rift. Here’s their report.

Speaking of The Future: we all know about 3D printing. How about a 3D scanner that hooks up to your iPad?

Remember how you used to burn holes in leaves with a magnifying glass? Turns out the same principle applies to a curved, reflective skyscraper, and some dude’s Jaguar. He’s, uh, not too happy about it.

“NASA spent millions developing an astronaut pen that would work in outer space. The Soviets solved the same problem by using a pencil.”

Have you heard this story? Turns out, a story is all it is. Here’s Snopes taking the stand in NASA’s defense. 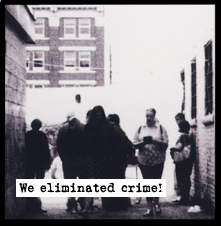 And finally, here’s a photo-based webcomic that I read constantly but seldom link to: A Softer World. I read this comic and figured I had to share.

Have a good weekend, hypothetical reader! All next week I’ll be answering the Ask Brian Anything questions.