6 Legendary Places (That Are Actually Real)

As I’ve mentioned before, the name “Armageddon” technically refers to the place the Final Battle will occur, rather than the battle itself. The word appears only once in the Bible, in Revelation 16:16:

Then they gathered the kings together to the place that in Hebrew is called Armageddon.

“Armageddon” is the Greek name for Tel Megiddo, a hill that still exists in modern-day Israel:

Like Armageddon, bedlam is something we consider a thing, not a location. It’s become a noun meaning a state of uproar, chaos, or confusion. But “Bedlam” is an old nickname for a real place: the Bethlehem Royal Hospital, in London. It’s the oldest psychiatric hospital (or insane asylum) in Europe, and it’s still around today.

The place was founded in the 13th century as a priory and converted to a hospital about a hundred years later. It has since moved around, occupying several different buildings in London, but the nickname has stuck.

The mythical home of the Greek gods is quite real. Today it remains the highest mountain in Greece, it’s part of a national park, and mortals are permitted to hike to its summit with minimal retribution. 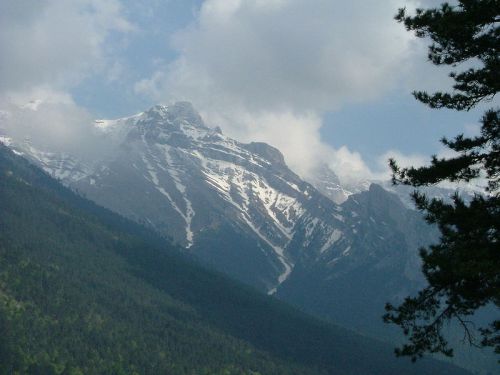 The city of Troy, site of the Trojan War and star of Homer’s Iliad, was long thought to be mythical. But in 1865, archaeologists uncovered a site in western Turkey that is now widely considered to be the place that opened its gates to a horse full of soldiers (even if the horse itself may be a bunch of bull).

“Gehenna” has long been a byword for a place of fiery torment. It is one of several terms translated as “Hell” in the Old and New Testaments. Jesus mentions it as a place of “unquenchable fire.” In the Quran, Jahannam is likewise a name for Hell. Rudyard Kipling, too, treated Gehenna as the opposite of Heaven:

Down to Gehenna or up to the Throne,
He travels the fastest who travels alone.

Before it became a metaphor, however, Gehenna was a real geographical location: the Valley of Hinnom, south of Jerusalem. It gained a reputation as an accursed place of fire, apparently because of ritual child sacrifices that happened in the area.

In Xanadu did Kubla Khan
A stately pleasure-dome decree:
Where Alph, the sacred river, ran
Through caverns measureless to man
Down to a sunless sea.

So begins Samuel Taylor Coleridge’s “Kubla Khan,” one of the most famous poems in the English language. Largely due to this poem’s influence, “Xanadu” has come to mean a place of physical delight, opulence, and luxury. It was the name of a mansion in Citizen Kane, and “Xanadu 2.0” is the name of Bill Gates’s mansion in real life.

But just like Kubla Khan, Xanadu was very real. It was located in modern-day Mongolia, and it was the capital of Khan’s China before he moved his throne to the city that would become Beijing. The exact location of the city is still known today, though nothing remains. 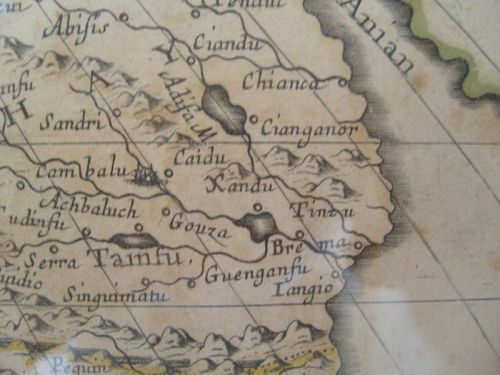 Other real places that have achieved legendary status include:

I’ve never been to any of these places. But I’m leaving for Texas tomorrow to visit family for a week. Texas counts as legendary – right?

3 responses to “6 Legendary Places (That Are Actually Real)”