In about a decade 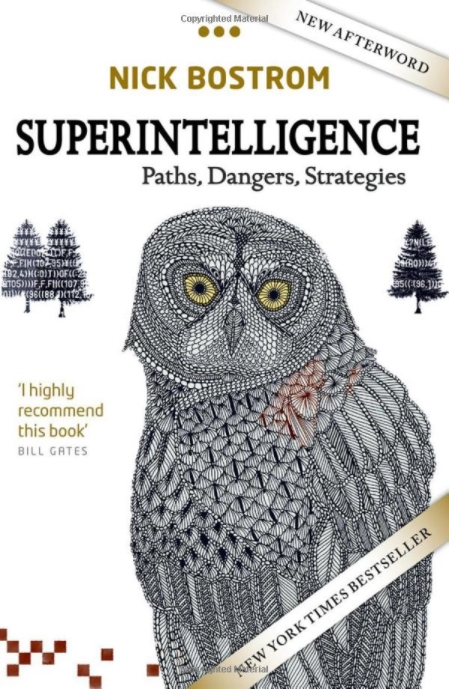 Having recently finished reading Other Minds (good book), I’ve embarked on a book called Superintelligence: Paths, Dangers, Strategies, by Nick Bostrom. As you’d guess from the title, it’s about what to do in the increasingly likely event that we create an AI that is much, much smarter than we are.

I’m still at the beginning, but so far it’s utterly fascinating. Usually when I talk to people about an AI exponential intelligence explosion, the whole conversation turns into a debate over whether that’s likely to happen at all. With this author, I feel like I’m finally talking (or rather, listening) to someone who really gets it, who’s gotten past the “Will it happen?” question and is ready to talk about “What happens when it (probably) does?”

One bit in particular struck me. He has a section on games — which ones AI can beat humans at, which ones they can’t. He notes that AI now performs at superhuman levels (beating even world champions) at checkers, chess, and Scrabble, among others. Regarding the game of Go, he says the best AI is currently “very strong amateur level” but advancing steadily, and makes this prediction:

If this rate of improvement continues, [AI] might beat the world champion in about a decade.

The book was published three years ago, in 2014.

A Go-playing AI beat the world champion four months ago.

Wherever AI is headed, it’s going to be a wild ride.

4 responses to “In about a decade”